My CV with a detailed list of my abilities is available for download here. If you have further questions, I am at your disposal under the given contact details.

The projects listed here are not all projects that I have worked on as an employee or as a freelancer. Only published and completed projects are listed. In addition, I work or have worked on projects and prototypes for customers such as VW, Wacker, Energieargentur NRW, Pfalzwerke, enera and more. Unfortunately, due to a confidentiality agreements, I cannot say or show anything about them or not yet.

The projects are presented in this article by another project partner (University of Wuppertal):

The code architecture was developed by me. Also, most of the systems were developed by me. A dialogue system for telephone and NPC calls, evaluation systems for the actions of the user and a complete power and data simulation of a digital local network station were major importent parts of those apps.

KlimaDigits was developed for EnergieArgentur.NRW based on the Unreal engine for the Pico G2. The target group are school classes from grades 7-10 in North Rhine-Westphalia. The topic of this edutainment application is the energy transition and the digitization of the power grid. In addition to the application, an exercise book was developed, which the students should work with in teams of 2 together in combination with a VR-Headset. The tasks can only be solved together. One of the students receives information in VR and has to pass it on to the partner so that he can solve the question in the exercise book. In the middle of the application, the students swap their "places" and the other becomes a VR user, while the other has to work with the exercise book. In this project, I was responsible for the implementation of 2 chapters and the support of the employees in the implementation of the other chapters. I advised them on troubleshooting as well as in the area of ​​software architecture.

We developed a VR trade show showcase (Oculus Rift S) for the Bundesministerium für Ernährung und Landwirtschaft (BMEL / Federal Ministry of Food and Agriculture). In addition to the clear purpose as trade fair entertainment, the difference between official and counterfeit food seals should be taught to consumers. My share was primarily the integration of the storyline and the interactions with the world. The project was designed for Roomscale VR with real objects in the tracking area. Virtual objects had to be placed in a physical shopping cart.

For the insurance company AXA I developed a VR application (Oculus Go) at senselab.io for a nationwide roadshow. The aim was to provide a humorous and entertaining introduction to IT security and the associated AXA products within a very short time. In addition to my work as a project lead, I was largely responsible for the staging and animation. I implemented this using timelines and keyframe animations in Unity. 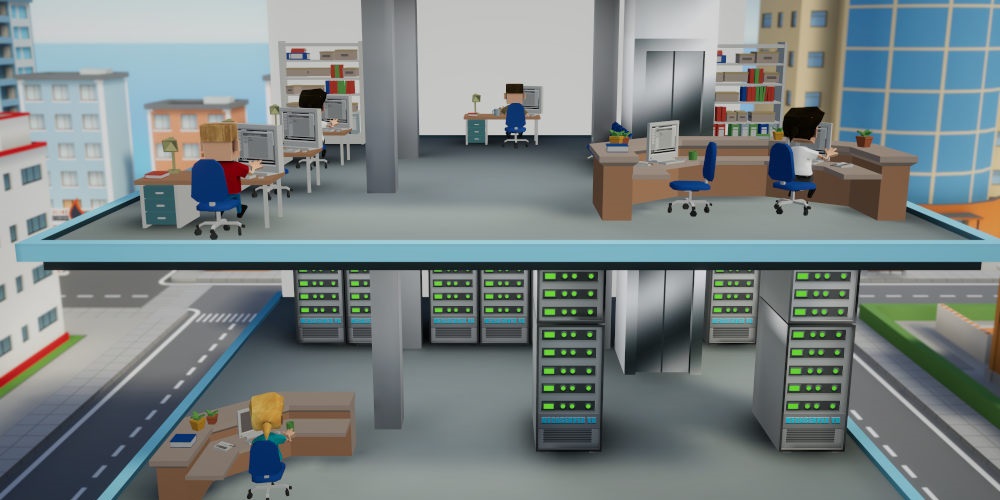 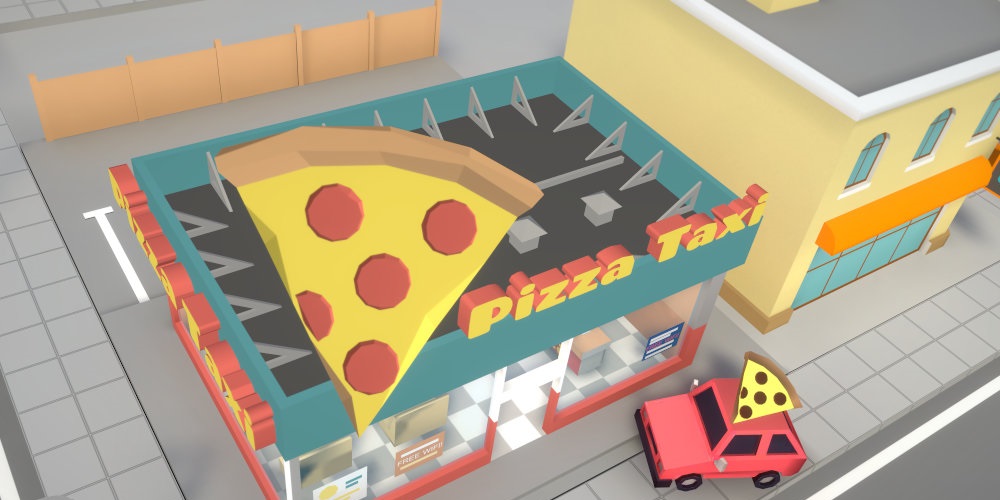 As part of BAUMA, we developed a multi-user VR experience (HTC Vive Pro + Wireless) for Messe München. The aim was to bring the possibilities of VR closer to the public and to present the products of the sponsors. The Bauma VR experience was a room scale VR application in which 4 users (a guide and 3 visitors) are visiting a virtual construction site. The users could interact with the world via hand tracking (leap motion). In addition, the imersion was reinforced by a vibrating platform and several fans. In addition to the actual VR modes for guides and users, an operator mode and a spectator mode were also developed. Both modes were also used successfully at the fair. My main activities on this project included the network stack, the development of the modes system, the DOKA assembly animation (via keyframes in Unity), the installation of advertising videos for UVEX and the spectator mode as a TV broadcast with different camera locations and moves was implemented by me through Cinemachine.

Here are some videos and pictures:

I developed a multiuser learning app for TÜV Rheinland to acquire a forklift driver's license. This AR-Hololens app is currently in use and enables the teacher to explain the theory using a virtual forklift and also to hold an exam. My area of ​​responsibility for this application was the development of the network components.

For the TÜV Süd Akademie, I was involved in the development of a VR learning environment (HTC - Vive) for handling medium voltage (1,000-30,000V). My biggest impact on this project is the improvement of the Trainer-UX by revising GUI in the design of the TÜV-Süd-CI.

Here is a promo video:

And in this VR introductory video, the application is shown in a newer version:

The second VR application (HTC - Vive) for TÜV Süd is a training course for car mechanics in dealing with electric vehicles. There was a focus on the electrical systems. In addition to UX improvements, I was involved with the installation of new vehicles and a selection menu. The selection is made by placing a miniature version of the care in a miniature workshop.

Both projects were awarded with prizes in the field of e-learning.

Around a year later, pure desktop applications (without VR) were developed for these applications. They were completely new developments. Only existing graphic assets were reused.

My first assignment at Encurio was to develop a completely new combat system. The development of the combat system made it absolutely necessary to create a new network layer for this system, because the old one was already completely overstrained with the existing slower gameplay. Due to the lack of time (4 weeks), only critical information was transferred to the new layer (movement and fight). The Milestone for Battle for Valhalla (a Battle Royale game based on the existing MMORPG Valnir Rok) has been achieved, but the publisher has terminated the project because he was no longer convinced of the economic viability of a Battle Royale game (it was explicitly not our work, with which they were very satisfied). The newly developed combat system was therefore integrated into Valnir Rok in the following 5 weeks. In addition, we fixed numerous bugs and improved the performance of the game massively (especially with a new world streamer including a new grass system and a mesh-combine system). 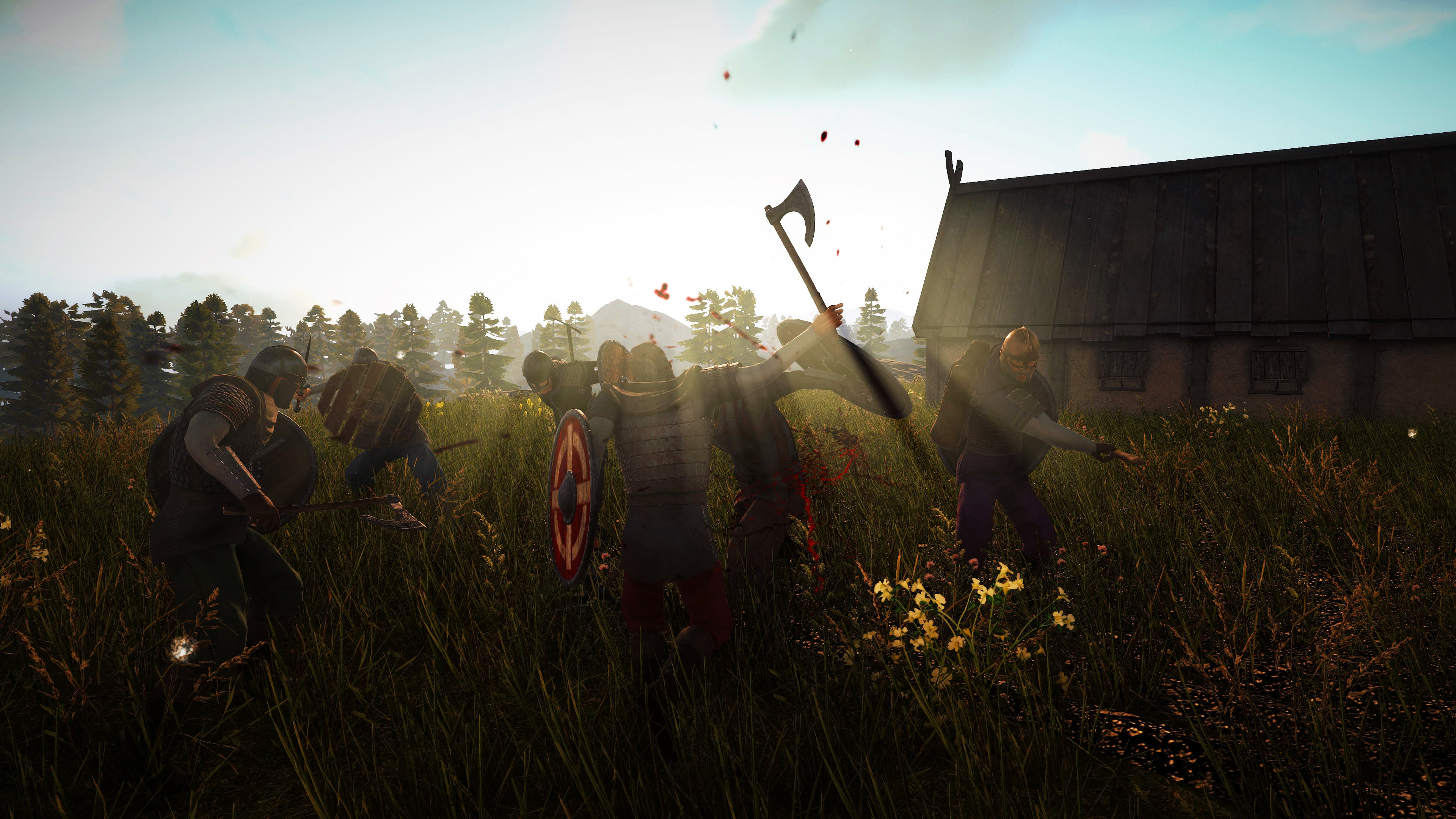 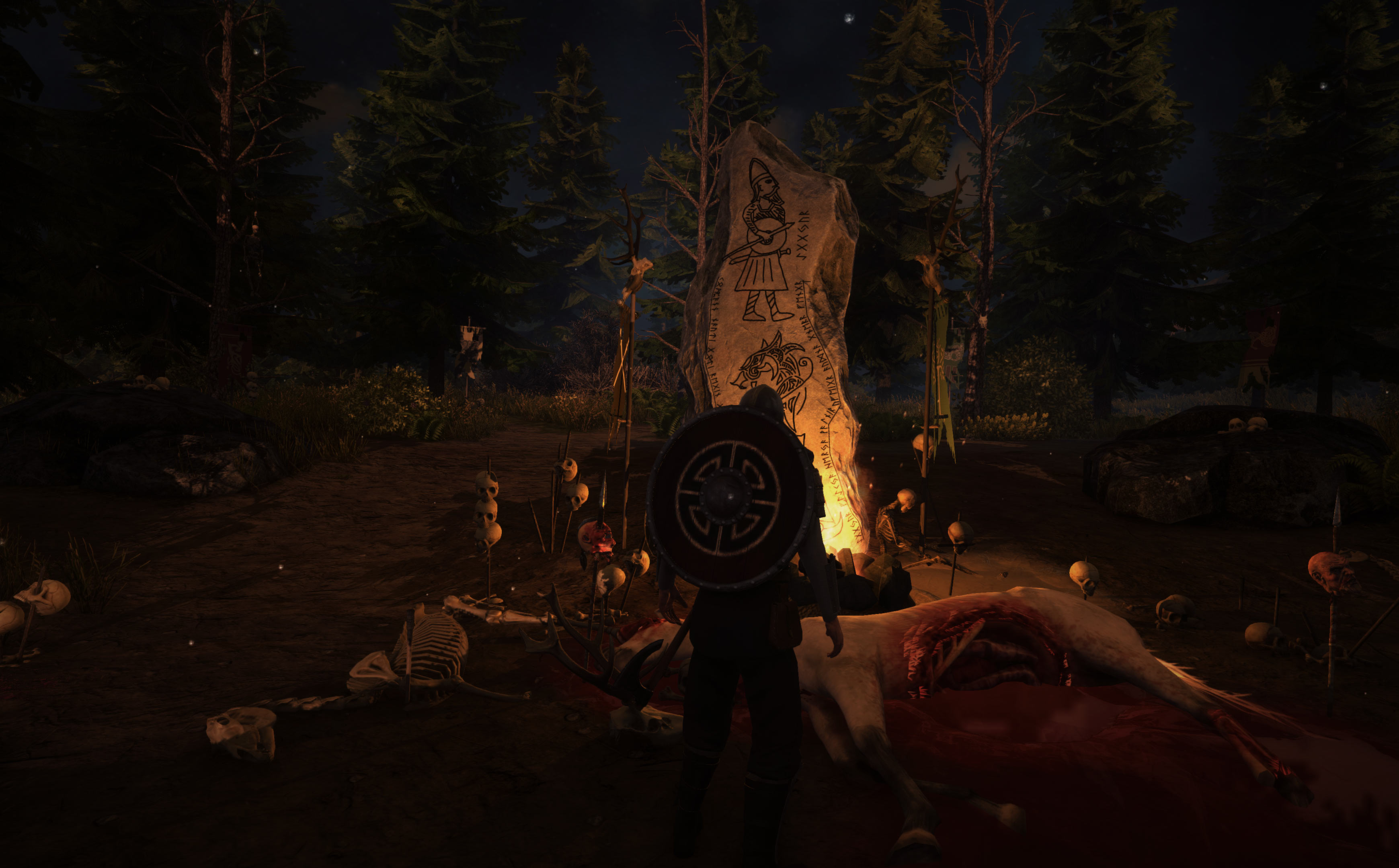 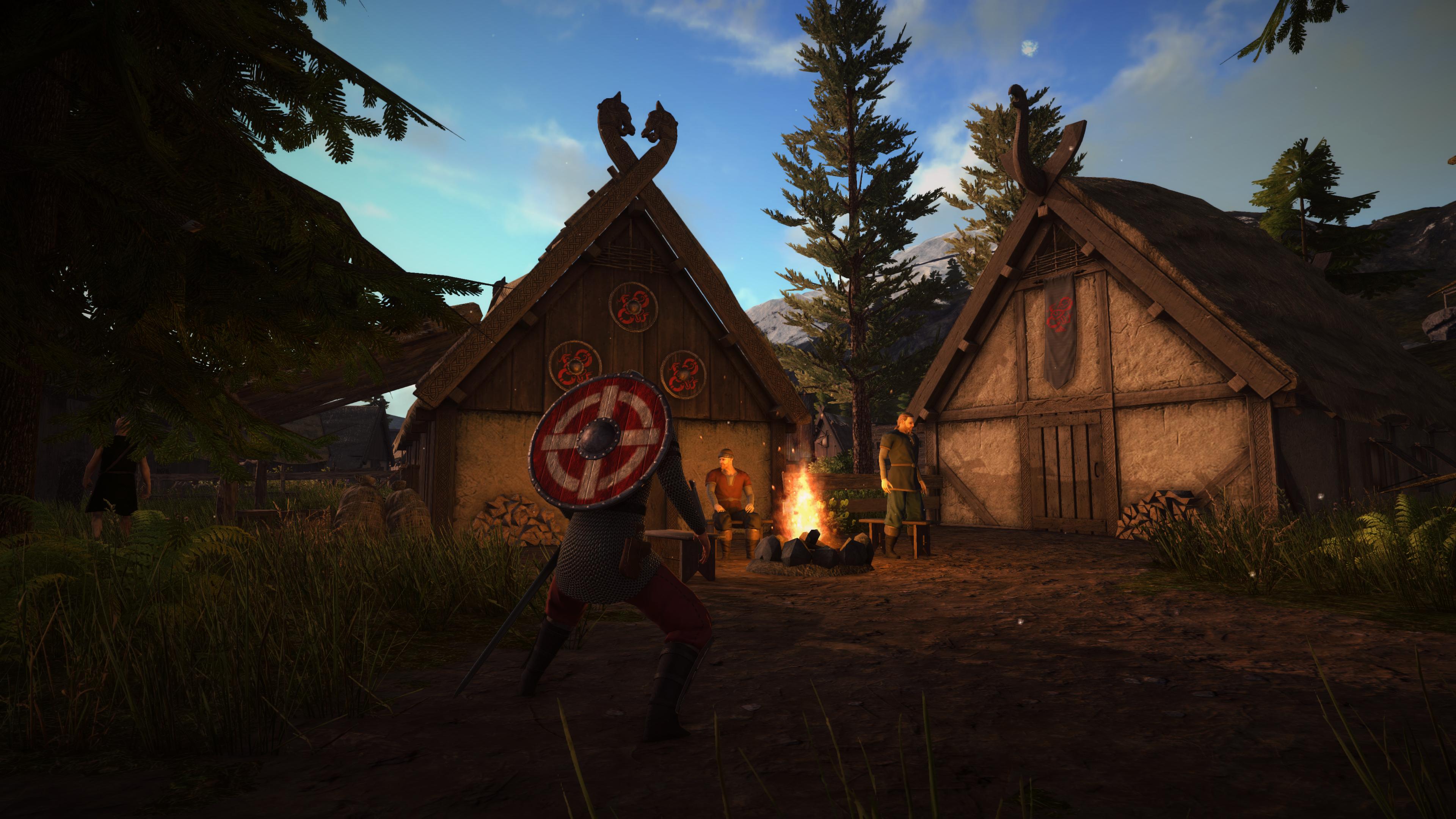 The following two games have already been presented at trade fairs and at Kickstarter, but not yet in a final version.

After the update for Valnir Rok I started with the concept and development for a new game, for which we had received funding from the Film und Medienstiftung NRW. Faith + Honor: Barbarossa is a historical Action-Adventure-RPG with turn-based tactical combat. The player follows the main character through an adventure during the time of Barbarossa and travels through the world of the High Middle Ages. He follows the crusaders into the holy land. The main goal for the project is to make the RPG elements and the tactical fight as beginner-friendly as possible and to reach a playthrough time of about 12-20 hours. I have started to develop the core systems for the game. In addition to developing gameplay concepts, I was also responsible for the technical concept development and the evaluation of engines and tools. 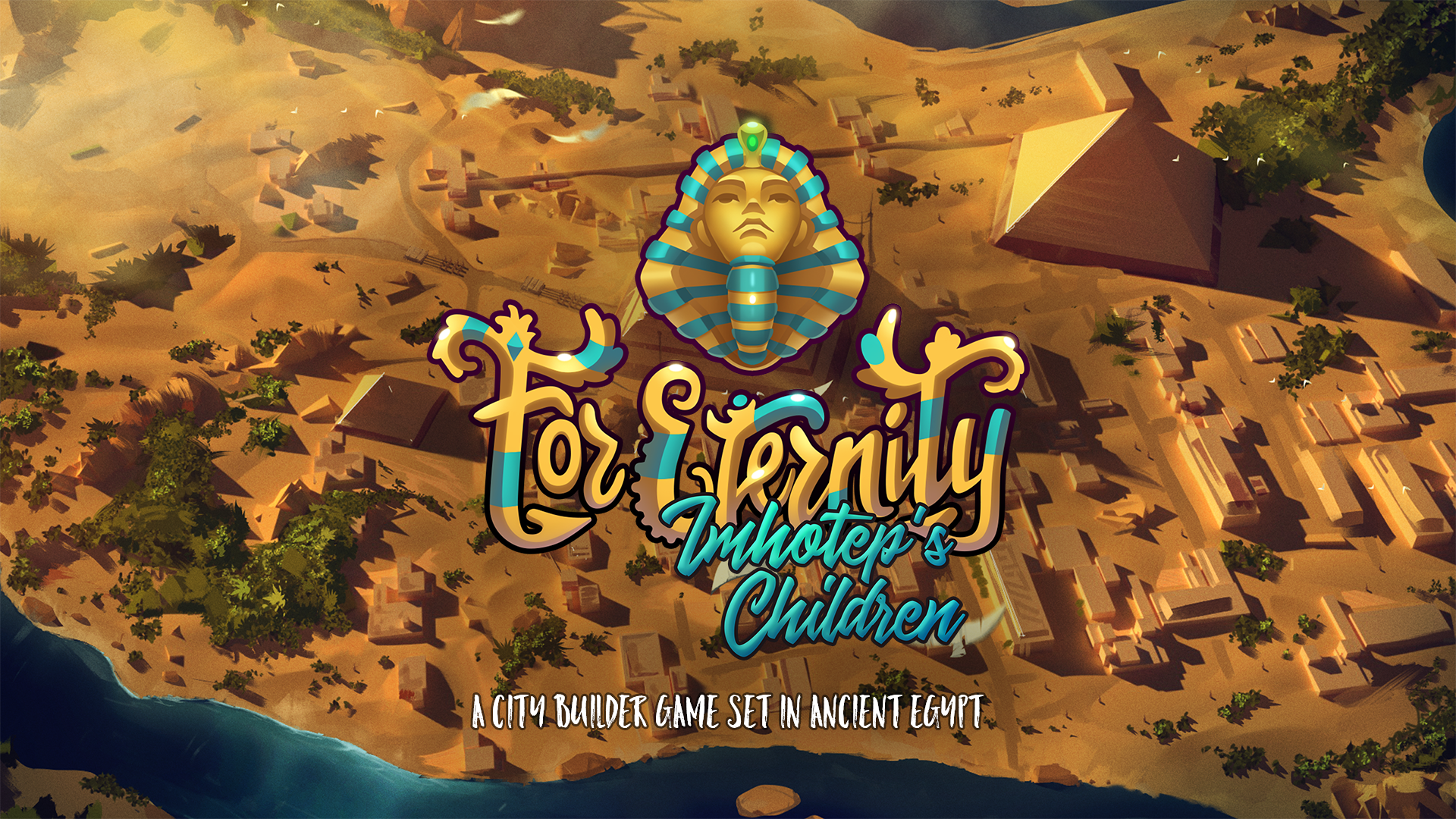 A private project bears the name "For Eternity - Imhotep's Children". It is a city simulation based in ancient Egypt during the golden age of pyramid construction. The origin of the project goes back to my contribution "For Eternity" for Ludum Dare 38. Previously, I had already toyed with the idea for such a game and saw the chance to test my idea during the competition.

This is a list of the main systems planned for the game:

In the context of this game I developed the story, quest and events and wrote it together with an author. In addition, I have managed the creation of assets by freelancers, e.g. Music, voice-over, UI elements and more. These manufactured assets were then added by me into the Unity project and connected to the systems I programmed. No one else, except me, has been working on the project within Unity.

Here are some screenshots form the Kickstarter-Demo: 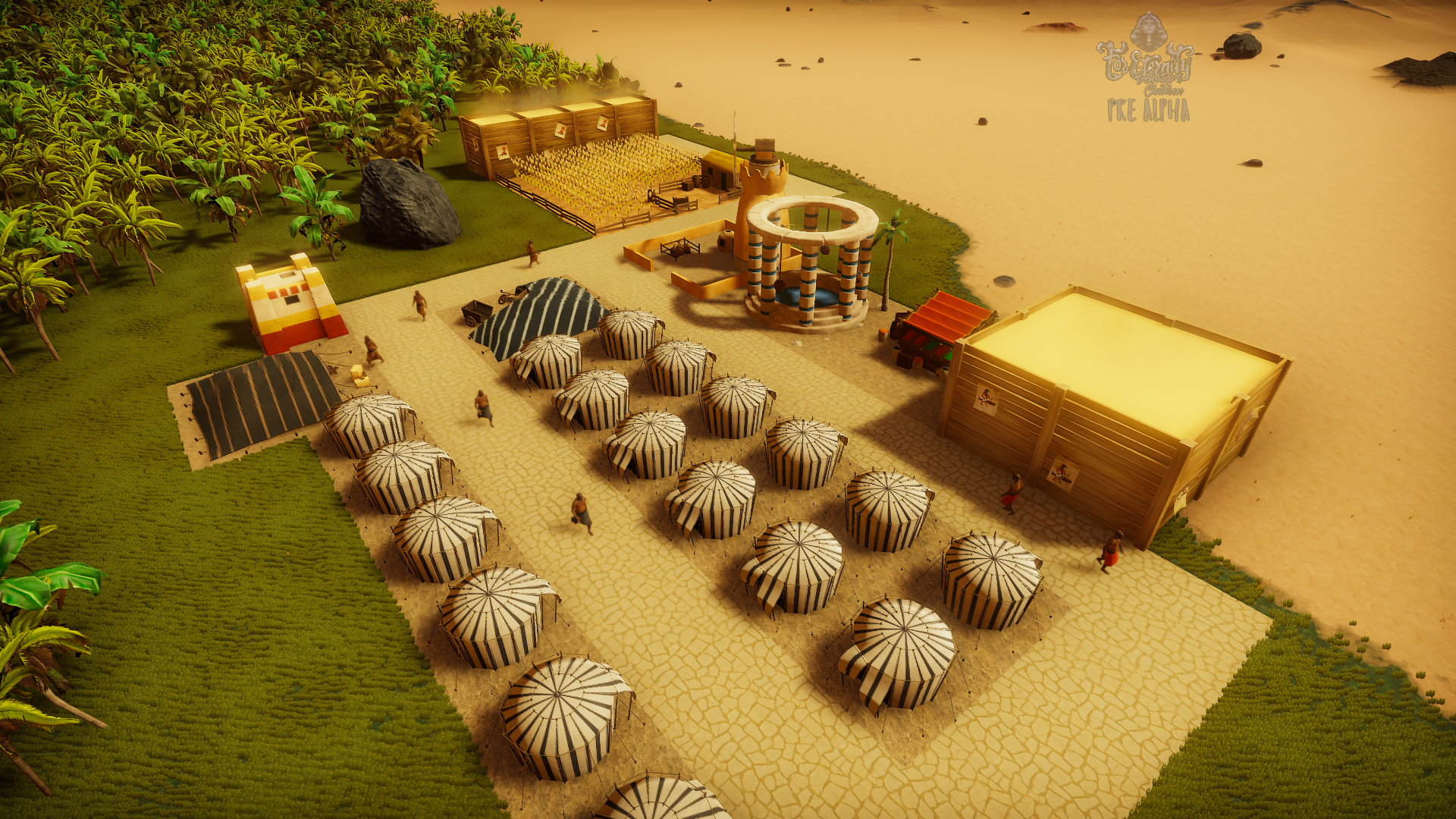 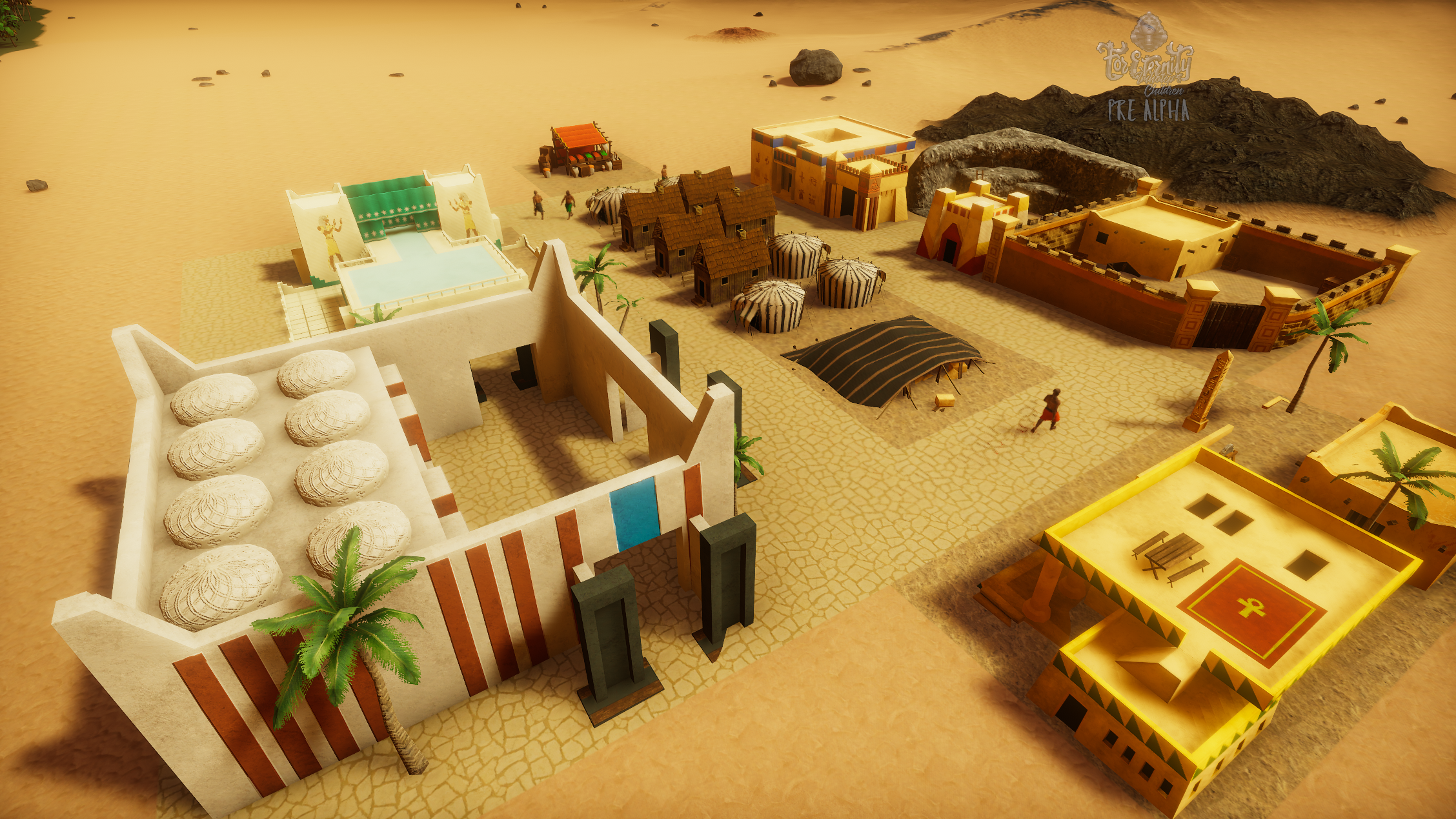 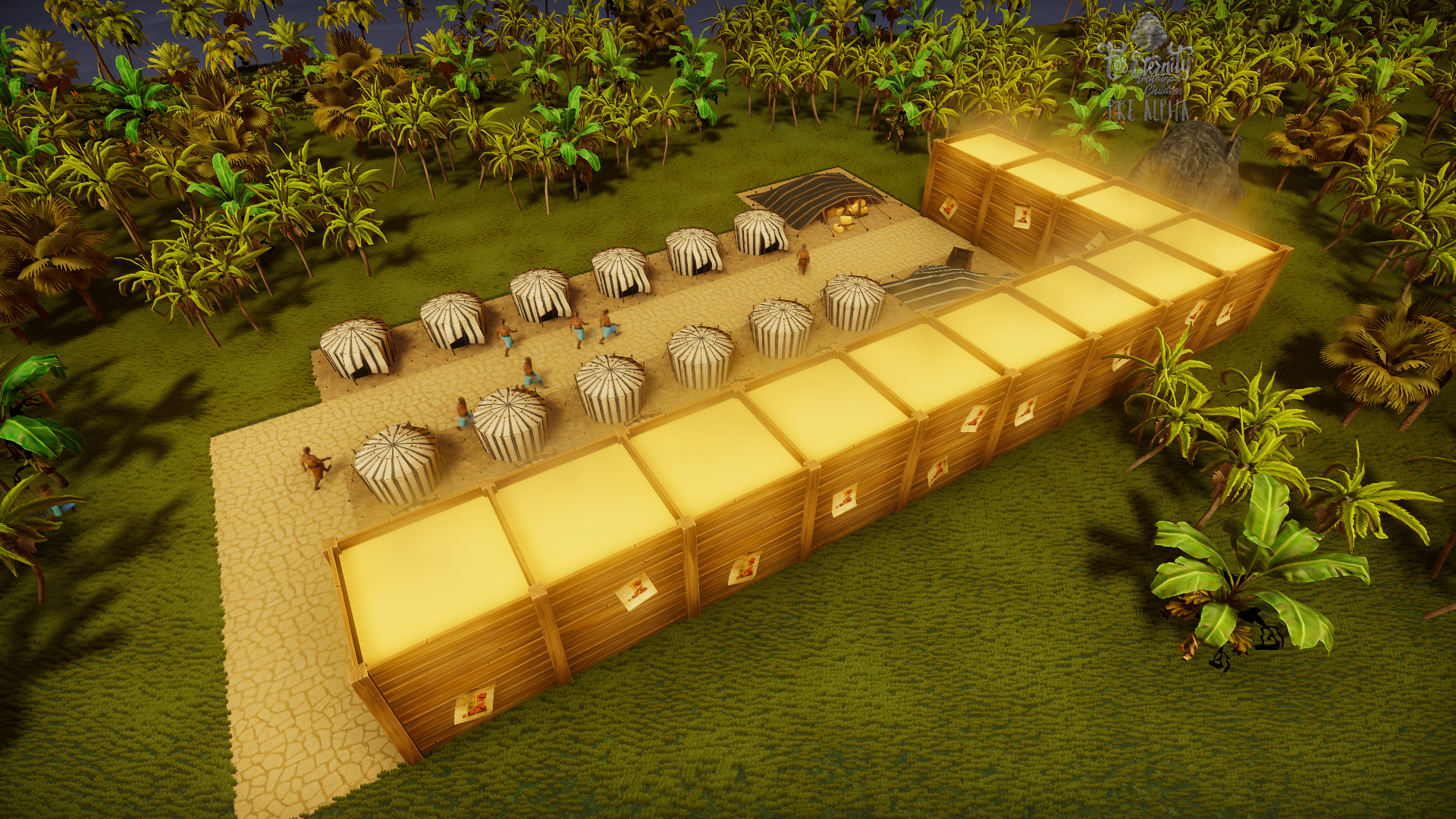 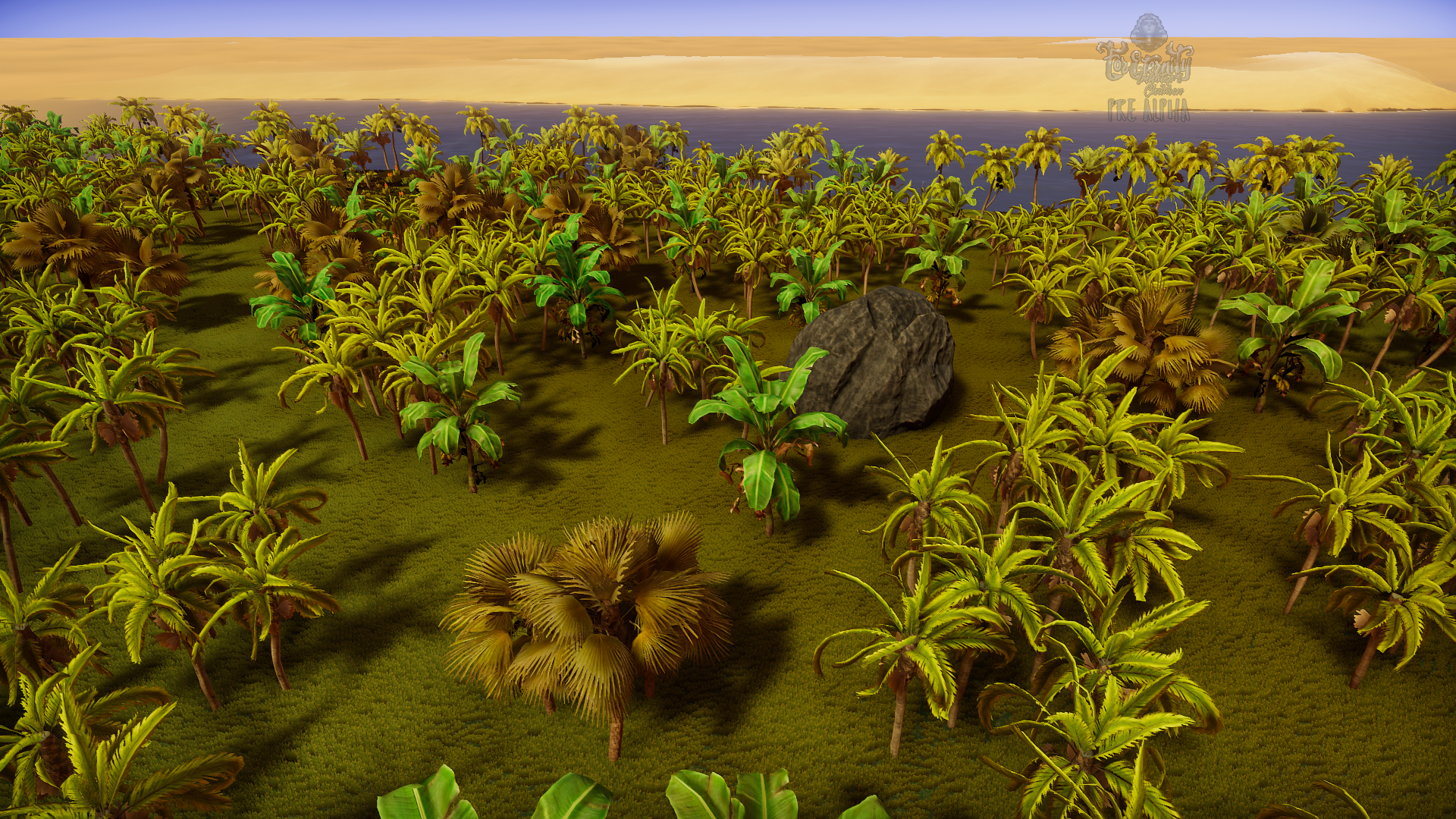 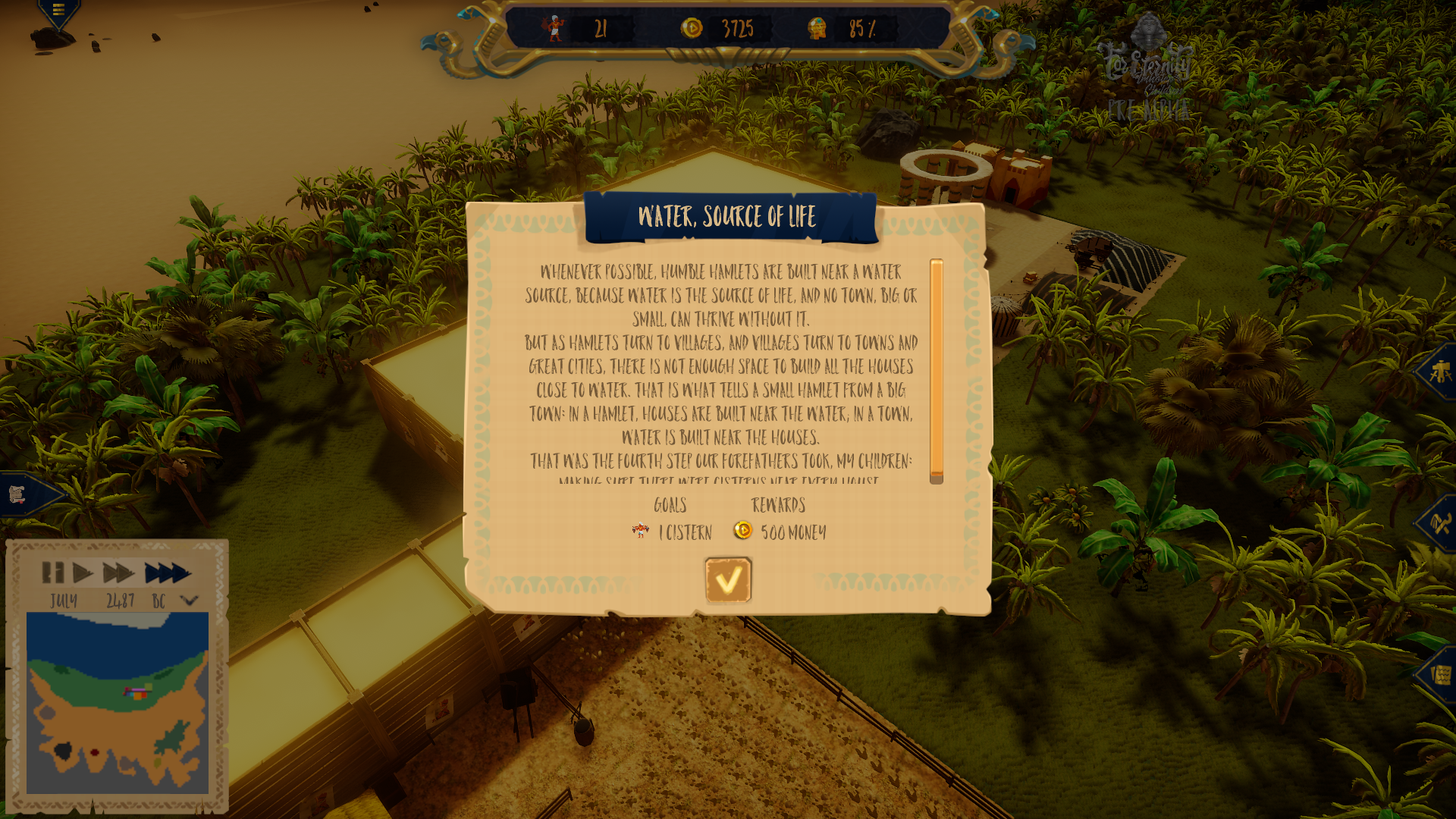 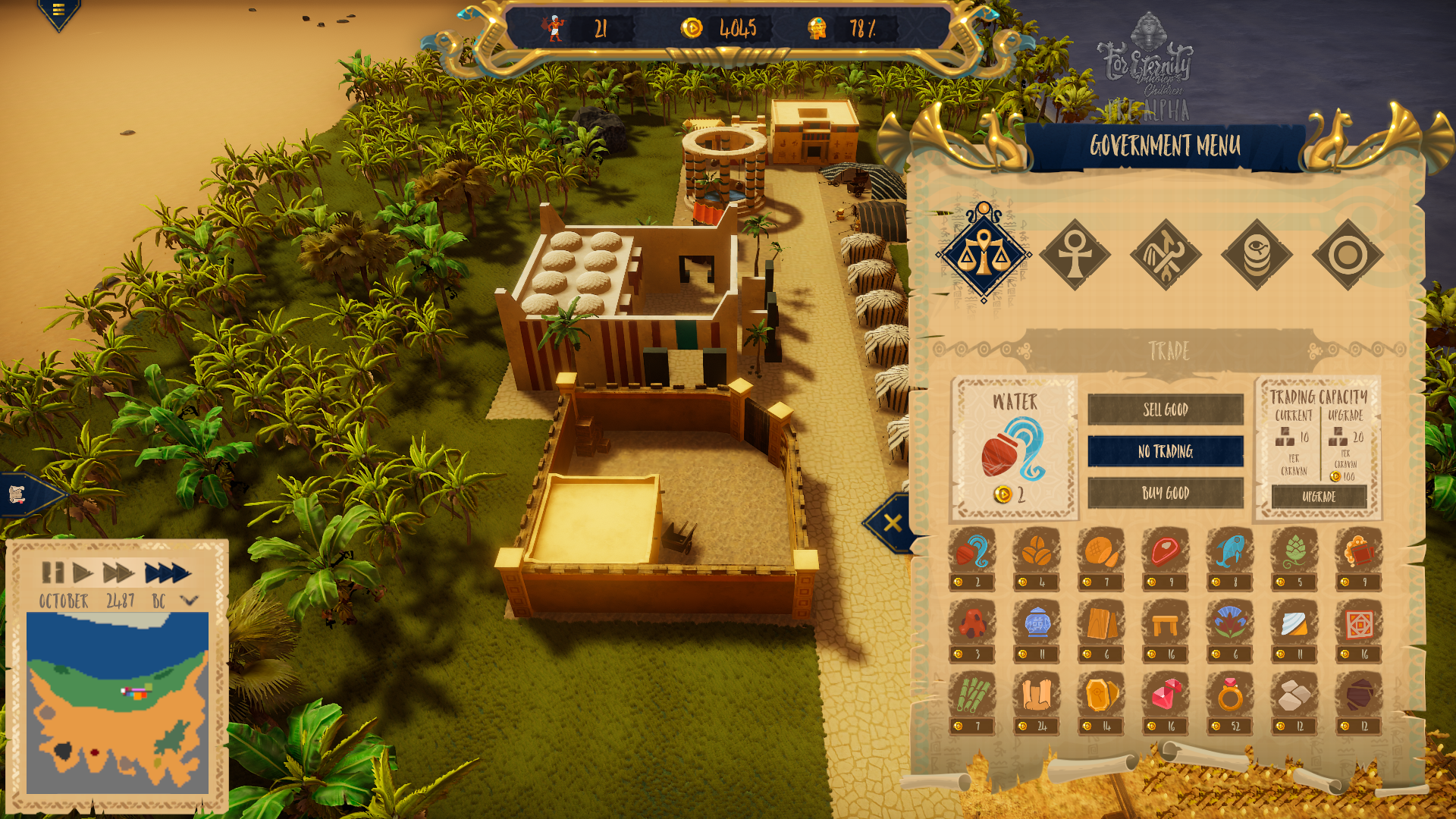 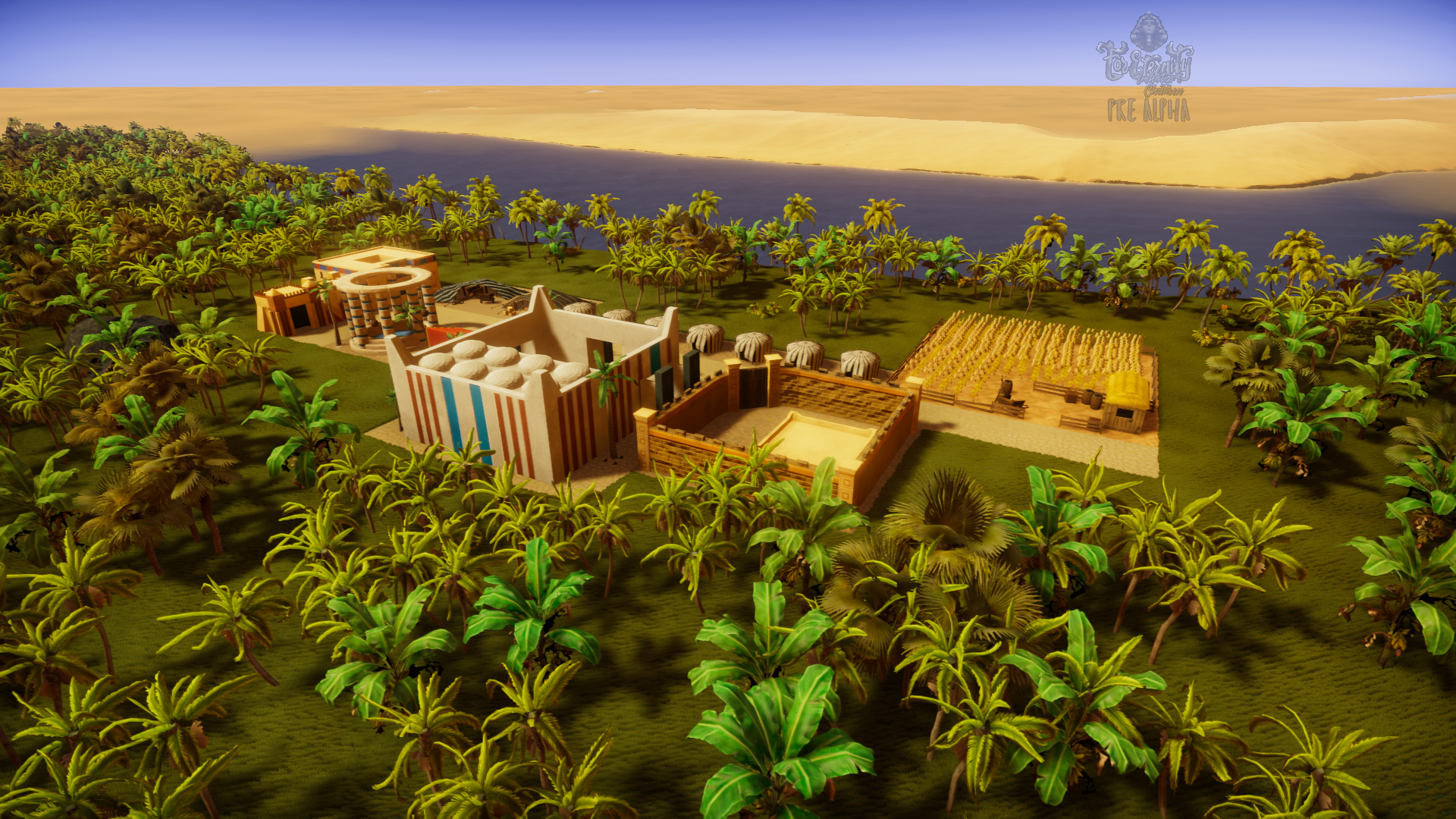 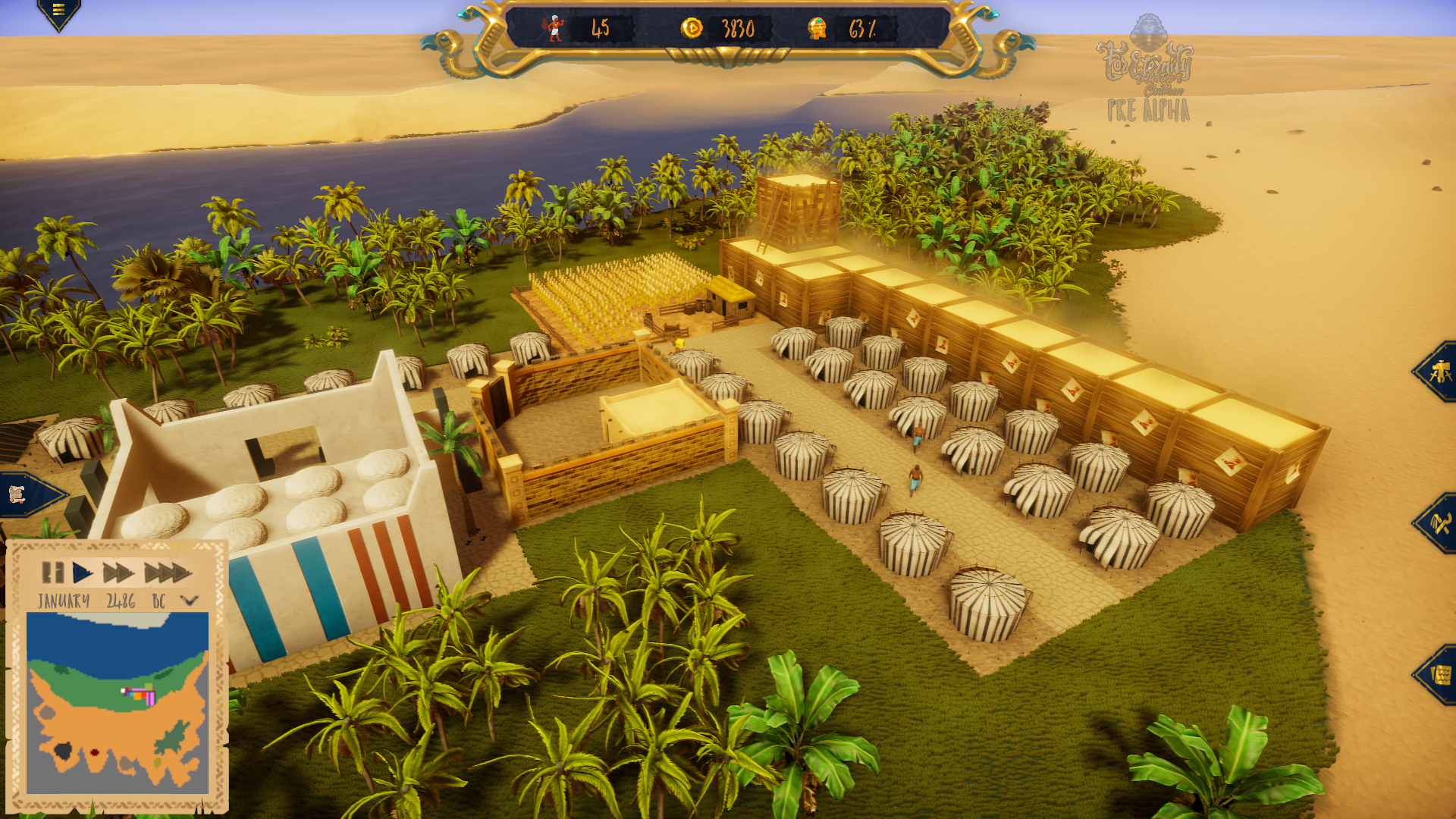 These graphics were created as part of the marketing campaign to introduce the buildings of the game.

This trailer was created by me for the Kickstarter-Campaign:

If you want to get an insight into my programming skills, here is a collection of tools i've created for the Unity Engine. In addition to that i added the link to a documentation for this tools. This code no longer represents my level of knowledge fully, because it's around 2.5 years old. Of course I have evolved, but this is the only substantial amount of code that I can definitely show publicly as it comes from a 100% private project and was not created during a 48 hour Gam Jam.

All in all, I also participated in 12 game jams. Almost all of these games were created within 48 hours, many of the jam entries (which could be done in 72 hours) were created in 48 hours also because I was only able to work on one of the weekend days. At each of these game jams, I've always set myself new tasks and goals to expand and improve my knowledge and skills. A basic goal has always been to develop a game with a different genre or technic (2D, 3D, strategy games, business simulations, platformer, racing game, flight simulation, battle arena, tower defense and more).

In this overview, selected mostly older titles were omitted due to lack of space on my server. The order is as follows: newest top - oldest bottom

These games were created under enormous time pressure by me alone. Therefore they are neither polished nor error-free. However, they should show that I am good at dealing with time pressure and new situations.

All product names, logos, and brands are property of their respective owners. All company, product and service names used in this website are for identification purposes only.

We use cookies on our website. Some of them are essential for the operation of the site, while others help us to improve this site and the user experience (tracking cookies). You can decide for yourself whether you want to allow cookies or not. Please note that if you reject them, you may not be able to use all the functionalities of the site.